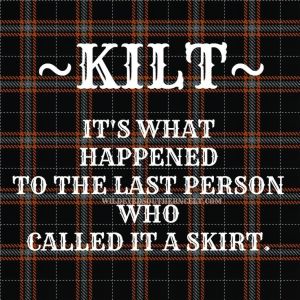 A bit more from ‘Bast’ and introducing Tilda. First draft stuff, and we all know what that means. The picture has the usual stuff within it. Regurgitator – Fat Cop.

Diary of a Upwardly Mobile Witch – Sponsored by Birkenpeasant.

Well, the last thing I would have expected was a rain of fire and frogs.  As it was the ‘last’ thing I expected, it didn’t happen.

When I mentioned recently to ‘Bob from down the Pub’ I was thinking of taking on an apprentice, I had sort of thought I would have to have had an interview with the local technical college.  Maybe have to make a trip to see the ‘Old mole with the stupid pointy hat and wart’ to see what she thought about it.  I didn’t think that I would have caused such a stir to have caused girls to literally throw themselves through my door.  Wrecking the bloody door frame in the process. To add to it all, she told me her name was ‘Bastard’, poor thing, but to call her ‘Bast’.  She then asked me if there was anyone following her at all.  When I asked, “what did the person look like,” she replied “slightly rabble-ish with a hint of mob about them.”

A wink being as good as closing only one eye, I went to delve deeper into her description, but felt that it may be better to get her out of sight as quick as a quick thing.  Hence, I hid her up inside the top of the thatch of my bothy.

After an hour with no knocks on the door, I pulled her down, then sat her on the three legged stool I use for milking sheep, and gave a cup of camomile tea.  Bast, the foul mannered beast promptly spat it into the fire, demanding to know what she had done for me to poison her?!

Looking around, then smiling, she took one of my special medicinal hachich biscuits I had cooling on the table, ate it, and then followed it with another.

All I could do was wait with my head in my hands.  Exactly five minutes later she split her sides laughing; fell off the stool; curled into a ball, and laughed herself to sleep.

Not having the heart to wake her immediately, I left her on her side, sporadically giggling quietly to herself.

‘Maud near the creek’ was having issues with her youngest teething.  By the time I got home an hour and a half later, I found her with biscuit everywhere.  Bast said she had woken very, very hungry, and had helped herself to the cooling biscuits.  Sadly, it was the hachich biscuit’s she demolished, and round two giggling on this witches floor started in earnest. The biscuit tin is now hidden in the chimney.

Tilda is a freak.

Of that I am sure.

Over the many years I came to know her, both as witches apprentice, or ‘journeyman’ as we were known then, I don’t believe I ever truly knew her.

We were in direct association with one another for nearly 1000 years, on and off, and still we were as much of a mystery to each other as the day we first met.

What I immediately realised about Tilda was that she was an extremely old soul.  Something I had yet to become.  She was absolutely beautiful and yet totally pragmatic with everything she did.  Men were constantly a problem, sniffing around the door so to speak.  But, on one particular non-event sort of a day, she passed on that she had been married on four separate occasions, out living each husband, purely through their acquisition of extreme old age.  All the while she, not unlike myself, didn’t look a day over 22.

Tilda had never been able to have children.  All part of the curse of life I guess.  At least you don’t get to spread it around.

After about 10 years under her tuition, she let slip that she had never met her father, who, working as a mercenary, had died in battle around the time she was born.  The battle her father had died in has since become known as “The Battle of Salamis”, a naval battle occurring between Persia and the Greek City States.  The battle itself was in a strait between Salamis Island, which is an island in the Saronic Gulf near Athens, and Piraeus.  Oh, in the September of 480 BC.

And there I was thinking I was cursed with life.  By the time Tilda and I met, she guessed she must have been slightly older than 800 years.  Calendars, religions, empires, and God’s changing like the tide.  Historically leaving time to be no more than an inadequately chronicled series of events, mostly oral, and specific only to who may have been in power at the time, and what their successor allowed to remain of their predecessors time at the helm.  Sadly, this would generally amount nothing, not even a footnote.

But, Tilda is, was, will remain, cool.  Still a freak, but cool.

Cooler than a body on ice cool.

What she doesn’t know, genuinely isn’t worth knowing.

She can fight like a bag of cats and scholars; conjure/concoct/create all and every manner of witches brew for any known ailment, and a few unknown at this stage at least.

Tilda can dance; sing, and play all manner of instruments.

She is a demon mounted in the saddle, and behind the reins of any horse/ox/goat/troll drawn vehicle.

Tilda is the greatest cheat/thief/confidence giver/trickster/gambler the world has seen.

She can read/write/speak more dead languages than live one’s.

Tilda once ‘borrowed’ Prometheus’s ‘lighter’ one night at the pub, to have him disappear on her.  Unable to give it back to him, she then returned it to the Gods still lit, prior to, and thankfully forestalling, a full scale Godly war here on earth.

Zeus was more than happy at its return, and rewarded her with eternal life.  Something she had already enough of.

So it goes, the extra life, on top of her, ‘extra life’ put Tilda in such a black mood that she did not speak for slightly more than 100 years.  Living in a highland bothy, of her own construction.  Subsiding on a diet of water she captured in a terracotta bowl, and some rare mushrooms with highly hallucinogenic properties.

Tilda is stunning as I previously mentioned.  Her appearance is similar to those Norse people that occasionally visit from across the waves.

Flaxen hair, unblemished paler skin, breasts and bum in complete proportion to the elfin figure she is.  Her height is slightly lesser than my own 155 centimetres at a guess, and not an ounce of fat on her.  She even shaved her armpits and legs with the sharpest skean dhu I have ever seen!  All to do with something called “high jeans”.  I never fully understood it, but the wickedly sharp knife kept the creepy crawlies away.

She has perfect even and white teeth, which she cleans twice daily.  Her clothes are always neat, clean and pressed, and she even wears shoes.  Shoes!  I had never even seen them until we met!  But, she wears them everywhere, and with ‘hose’ she calls them.

What she must have thought of me as I crashed through her door I don’t know, but I do know the biscuits she makes are dangerous magic.  They make you hungrier the more you eat, and the more you eat the funnier it becomes.  To the point of causing physical pain.  Give them a miss if she ever pulls them out.  They are called “Tilda’s Best Hachich Biscuits for Medicinal and Comical Purposes Only!” and it’s written on the tin so you can’t miss it. I had always thought a ‘purpose’ was a sort of fish; and comical was a shape?  Sort of like the top of a silo, or a hachich pipe fitting.

So, that is the beginning of my experience of “She That Is All That Is Tilda!”