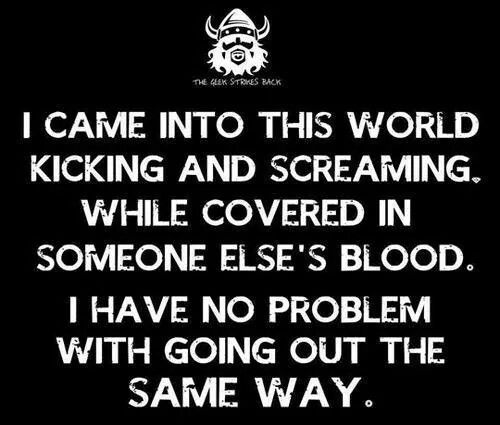 Home remedies, especially for your mother in law.

“It’s hard to understand just how far medical science has progressed over the last hundred years … until you look at what passed for standard, advisable treatment back then. Here are 19 doctor-approved ideas from Mother’s Remedies: Over One Thousand Tried and Tested Remedies from Mothers of the United States and Canada by Dr. Thomas Jefferson Ritter, originally published in 1910.

Olive oil (half-pint), ammonia (half-pint), turpentine (half-pint), one egg. Shake until the mixture forms an emulsion. Apply to the neck and throat until a blister forms. Wipe clean and apply cold cream.

Mix half an ounce of laudanum with seven and one-half ounces of “sugar of lead,” [that’s lead(II) acetate]. Soak into gauze strips and apply to afflicted parts.

Just to reiterate: None of these are healthy or advisable. Please don’t put puffballs in your nose or lead on your scalp.” – MF – 08JUN2014

Click on the ‘yarrrr’ish quote above. It really is cool for cats.